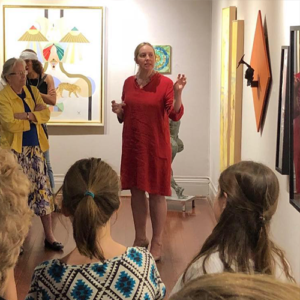 Saskia Ozols is the Founding and Creative Director of the International Institute for Fine Arts Practice, Research, and Preservation. She has worked in the arts as a curator, professor, and practitioner for 20 years researching and archiving classical and realist painting techniques. She has mounted 15 solo exhibitions, and numerous group exhibitions in cities including New Orleans, Boston, Philadelphia, and New York. She lived abroad for 5 years and has exhibited her paintings, curatorial projects, and published her writing about art internationally.

Please visit saskiaozols.com for specific information on her experience, education, and inspiration. She is a second generation New Orleanian carrying on a long family history of arts practice and preservation. 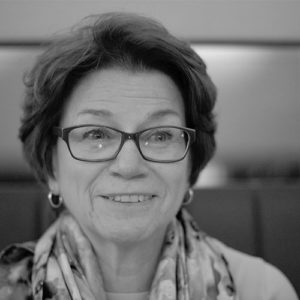 Sandra Keegan is a native of New Orleans who moved to Europe to practise international law after graduating from Loyola Law School and becoming a member of the Louisiana Bar Association.  Sandra has continued to live and work in Brussels, Belgium since, both marrying a European and raising an internationally oriented family.  Sandra retains strong links with New Orleans through her extended family of siblings, nieces, nephews, cousins and friends.

After arriving in Belgium, Sandra worked in private legal practice and transitioned into a legal advisor within the pan-European institutions of the European Union.  During that period, she obtained a doctorate in European Law from the University of Edinburgh in Scotland.  She is now retired from active employment and has turned her attention to working with others to ensure that Americans abroad make their voices heard through the ballot box.

Sandra enjoys travelling, having recently returned from Corsica, a spectacularly beautiful and intact French island in the Mediterranean that has successfully resisted the market attractions of mass tourism.  Her upcoming trip will be to Montreal, a city a century older than New Orleans.  When travelling, Sandra never misses an opportunity to visit ancient sites of human habitation, such as the Neolithic sites in Corsica, historic churches and chapels, museums and other cultural monuments and sites.  Especially memorable were the temples in Malta that seemed to suggest a cult of female fertility worship alongside phallus veneration.  While not being inclined to engage in the drawing and painting arts, Sandra loves interior decoration and has been called upon informally to advise on the arrangements and furnishings of some family members and friends.   This avocation gives much pleasure. 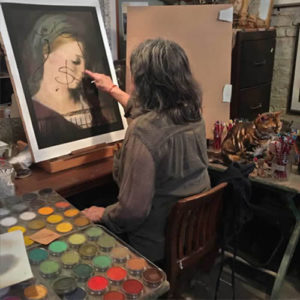 During her 36-year career, Josephine Sacabo  has been featured in over 40 gallery and museum exhibitions in the U.S., Europe, and Mexico. She has been the recipient of multiple awards and is included  in the permanent collections of the George Eastman House, New Orleans Museum of Art, the International Center of Photography, the Metropolitan Museum of Art, and la Bibliothéque Nationale, Paris, France.

Sacabo divides her time between New Orleans and Mexico. Both places inform her work, resulting in imagery that is as dreamlike, surreal, and romantic as the places that she calls home.  Born in Laredo, Texas, in 1944, she was educated at Bard College in New York. Prior to coming to New Orleans, Sacabo lived and worked extensively in France and England. Her earlier work was in the photo-journalistic tradition and influenced by Robert Frank, Josef Koudelka, and Henri Cartier-Bresson. She now works in a very subjective, introspective style, using poetry as the genesis for her work.

Sacabo’s many portfolios are visual manifestations of the written word, and she lists poets as her most important influences, including Rilke, Baudelaire, Pedro Salinas, Vicente Huidobro, Juan Rulfo, Mallarmé, and Sor Juana Inés de la Cruz. Her images transfer the viewer into a world of constructed beauty

You are the soul of this body and the body of this shade. 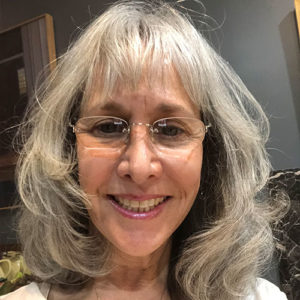 Ronna S. Harris is a painter and has been a member of the Tulane University faculty since 1989. Ronna has been exhibiting nationally in numerous galleries and museums and is included in six museum’s permanent collections. She was also included in the Biennale Internazionale dell’Arte Contemporanea, Florence Biennale, Florence, Italy and the Scope Basel Amsterdam. The White House Historical Association commissioned her to represent the state of Louisiana to create an original work, The East Sitting Room. The painting became a permanent part of the exhibition, White House Impressions: The President’s House Through the Eyes of the Artist and now circulates to Presidential Libraries. She has been featured in eight books and many inclusions in numerous monthly and quarterly art magazines. Her artwork has been also reproduced in many of the covers and backs of these publications. She has had the honor to have retrospect exhibits in museum and art centers in the states of North Carolina, Louisiana and Mississippi. She is represented by Steven Callan at Callan Fine Art, New Orleans, LA. 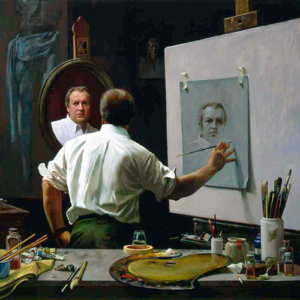 Auseklis Ozols is the Founder and Director of the New Orleans Academy of Fine Arts. He studied at the University of Pennsylvania, the Pennsylvania Academy of Fine arts, and Temple University. His work is represented in public and private collections internationally. In New Orleans, he has received the Delgado Award from the New Orleans Museum of Art, the Strength in Age Award, and the Community Arts Award from the Arts Council of New Orleans. He is a highly sought after portraitist, still life and landscape painter, with portraits and murals throughout the south including the Louisiana Governor’s Mansion in Baton Rouge. He is also the author of 3 Rex Proclomations and has paintings in the permanent collections of the New Orleans Museum of Art, the New Jersey State Museum, and the Latvian Museum of Art in Riga, Latvia where he was born. Ozols is inspired by the beauty that surrounds him and continues to paint the colorful flora and majestic live oaks of Louisiana with unmatched technique, flair and enthusiasm. 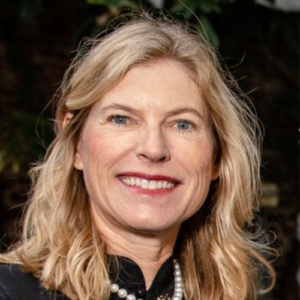 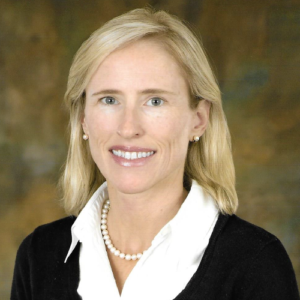 Brigid Viguerie is the proprietor of BFV Designs, specializing in custom made fine crafts and art objects. Her work is influenced by travel, global cultures, and her love of Italy. She has a background in art history and attended Salem College in North Carolina and the New Orleans Academy of Fine Arts in New Orleans. Brigid divides her time between making original artwork and teaching studio art at Metairie Park Country Day School in New Orleans. 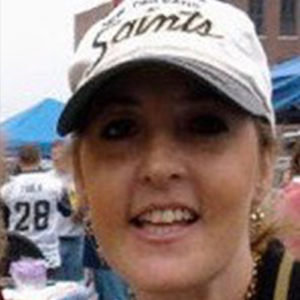 Colleen Lusignon has a Bachelor of Arts Degree from Loyola University. She is a Fourth generation New Orleanian and is proud to use her talents to preserve the unique culture of the city. She uses her creativity and interest in history for historic preservation in New Orleans. She is on the Board of Directors of the Felicity Redevelopment Association and an avid fundraiser. She has been renovating historic structures in the Felicity neighborhood of New Orleans since 2003. 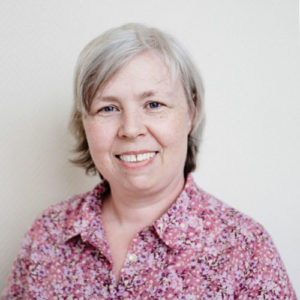 Oxana Budjko has worked in the field of international higher education in Russia for the past 25 years. Currently, she is the Head of the International Office at the Faculty of Economic Sciences at the National Research University Higher School of Economics in Moscow, Russa. She oversees the institution’s global outreach efforts by expanding partnerships with universities worldwide, serving as a liaison for foreign faculty, and overseeing the institution’s student exchange, internship and international summer programs.

She has maintained successful cooperation with over 25 partner universities around the world, thereby enhancing international faculty recruitment, attracting interns from the US, and enabling HSE students to participate in summer and semester programs globally.

In addition, she oversees graduate school placement and maintains a domestic and international network of alumni who have undergone postgraduate training abroad. Each year, together with the HSE University International Admissions office, Oxana recruits about 250 international students, primarily for degree programs, while also organizing summer and other short-term programs abroad in cooperation with partner universities. 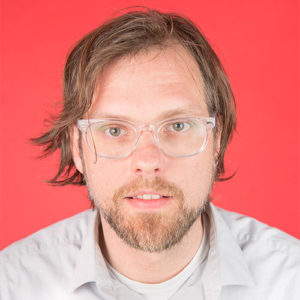 Laris Kreslins is a a production executive with experience as a publisher, cultural critic, independent curator and event producer. He is the founder of Lime Projects, a creative marketing and project management company, geared to handle solutions for advertisers looking for alternative means of marketing; Founder and Publisher of Arthur (an arts and culture magazine); Founder of Sound Collector, and Sound Collector Audio Review (reviews on the creative audio process); all nationally distributed journals. 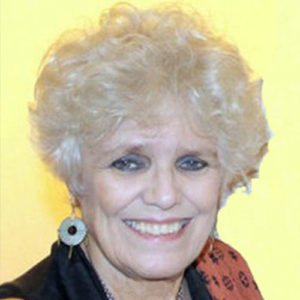 Carol Leake is a professor emerita of the visual arts faculty of Loyola University New Orleans where she taught painting, drawing and watercolor from 1982 through  2015. In addition to teaching, she ran two galleries for Loyola and curated many exhibitions for the university and in other venues. Her B.F.A degree is from Newcomb College, and her M.F.A. is from Pratt Institute in Brooklyn, New York. New Orleans has been her home for most of her life, however she is grateful for formative years spent in New York.

Carol Leake’s work has been shown regionally and nationally and is represented in numerous corporate collections, including that of Bell South at the corporate headquarters in Atlanta and the collections of Freeport MacMoran, Texaco, Citibank and the Louisiana Land & Exploration Company. Among private collections that include her work are the estate of the late Jim Morrison and the collections of artist Peter Halley, writer Valerie Martin, writer Julie Smith, musician Patti Smith, musician Randy Newman, the estate of musician Alex Chilton and musician Chris Smither.

New Orleans artist Carol Leake is known for her figurative watercolors, her landscapes in oil, and her depictions of the festival, Mardi Gras, which so particularly defines New Orleans. The early Carnival images are the subject of a documentary short, Parade Pictures, featuring the Mardi Gras related work of Leake and of noted artist George Dureau. 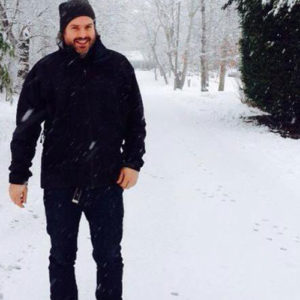 They provide a broad range of solutions with an emphasis in computer vision, machine learning, artificial intelligence, and augmented reality. The company designs, prototypes, and deploys for the cloud and the edge. Other clients include Nike, Prada, O2, NBC Universal, Twitter, Vimeo, and Toyota.

Laan Labs is based in New York, Berlin, and New Orleans. 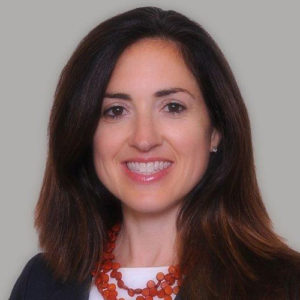 Julie E. Vaicius has been the Managing Attorney in The Hartford’s Louisiana office since 2011 and recently added Mississippi. She has litigated in Louisiana for over 15 years, at first in private practice at Galloway, Johnson, Tompkins, Burr & Smith where she was a partner specializing in premises liability, motor vehicle accidents, insurance defense, and trucking cases. After law school, Julie served as law clerk to judges in the 40th Judicial District Court. Julie is AV rated with Martindale- Hubbell. 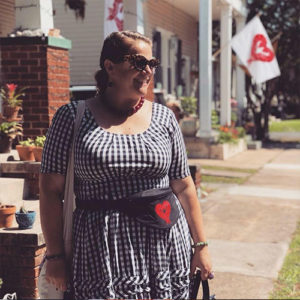 Indra Ozols has worked in the New Orleans art scene for 20 years. She is founder of Indra Ozols Craft and Design and co-founder of NOLA Mystic Sisters. She is an avid dog lover and arts activist.